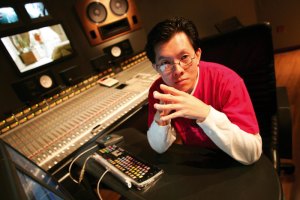 Phil Tan is a music audio, mix and recording engineer from Atlanta, Georgia and a 2011 California Music Industry Summit speaker.

Most recently Tan teamed up with Wiz Khalifa to do mix engineering for one of the year’s biggest hit songs “Black and Yellow”.  Tan has worked with Rihanna on her singles “What’s My Name” featuring Drake and “Only Girl (In the World) which received a Grammy for Best Dance Recording in 2010.

Phil Tan’s roaster is huge! He is credited on more than 600 albums and has worked with 200 artists to date.  He’s worked with some of the biggest artists in the music business, including Mariah Carey, Usher and Fergie.

Don’t miss the opportunity to gain a wealth of knowledge from Phil Tan and other industry insiders who will speak at California Music Industry Summit on June 10-11, 2011. REGISTER FOR CMIS NOW!

Find out more about Phil Tan!