Last week, Clear Channel announced that it’s performing layoffs in it’s smaller and medium markets. The announcment followed the morning after the company announced that there were several executive appointments.

The news comes as no suprise to many radio industry experts, who say that Clear Channel is out to get more advertising dollars to compete with TV and print mediums. Clear Channel is reportedly $20 million in debt, and is looking to supplement their income by gaining a greater share of advertising revenues.

The announcement also accompanies a new strategy in Clear Channel programming. Syndicated shows will replace local ones, leaving many local DJs without a job as victims of the layoffs. The casualties include many veteran DJs, of which included Los Angeles DJ Jim Ladd, whom Inland News Today touts as “the last DJ who aired the music he wanted”. They syndicated programs will feature “centrally devised playlists” that are “market tested” and “move away from local programming” (http://music-mix.ew.com/2011/10/31/clear-channel-radio-layoffs/). 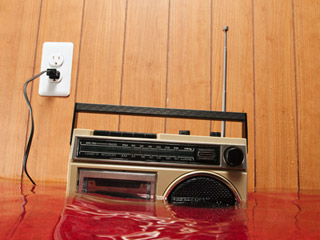 This is of particular concern to independent artists, who rely on radio as a medium to “break through”. Kevin Anderson of the Entertainment Weekly blog Music Mix writes that “…for artists, there was the ever-present chance that a DJ could fall in love with a song and help it break out on a national level”. This opportunity is now sadly gone. Local acts are not going to have the slightest chance of making Clear Channels syndicated playlists. Other concerns expressed include that the lists will be vulnerable to payola and more influenced by advertisers.

Yet if this strategy works, syndicated programming could become the standard for terrestrial radio. Cummulus Media has also announced layoffs, and time will only tell before other’s follow suit. Radio, as we knew it, will be changed forever.

What do you think about Clear Channel’s practices? Do you listen to terrestrial radio? Voice your thoughts below.